Upcoming Free Webinar: The Use of Hydrotherapy for Early Progression of Rehabilitation Protocols 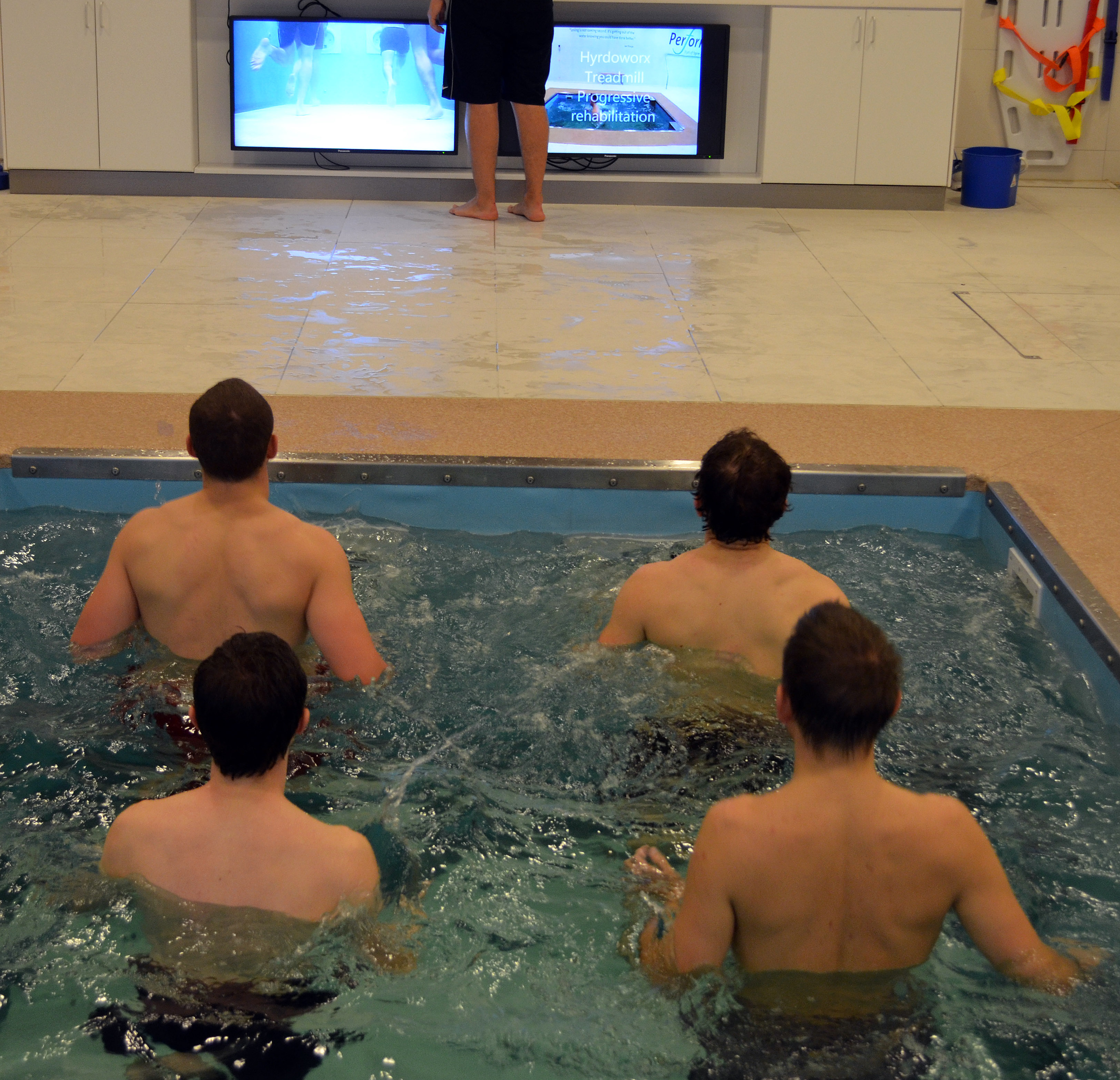 Join us for a free webinar on the use of hydrotherapy in the early phases of rehabilitation.

In one week, on February 13, 2014 from 11:00am-12pm EST, Steve Kemp, Elite Football Physiotherapist & Physiotherapist to the Senior England Men’s Team at Perform at St. George’s Park,  will be presenting a free webinar titled, “The Use of Hydrotherapy for Early Progression of Rehabilitation Protocols.”

In this webinar, Kemp will give an overview of the criterion based rehabilitation philosophies used at Perform at St. George’s Park, and how hydrotherapy is used in the early phases of rehabilitation to challenge the athletes to stimulate improvements in neuromuscular control and progressively load.  The presentation will include videos of examples of these progressions and discuss how these link directly to some of the ‘out of water’ progressions in the rehabilitation.

Kemp will discuss the following topics during the webinar:

Steve Kemp is the High Performance Physiotherapist at Perform Sport Medicine facility at St. George’s Park UK. He leads the rehabilitation of all athletes attending the National Football Centre. His current role sees him leading the rehabilitation strategies for Perform nationwide and leading rehabilitation of the Professional Footballers Association residential rehabilitation scheme which is based at St. George’s Park. In addition to this role he is physiotherapist for the Senior England Football Team and travels home and away with the team and will be attending the Brazil 2014 World Cup with the team.  Steve had worked in professional Sport for over 14 years. Prior to his appointment with The Football Association and Perform, he has been Head of Medical Services at Wolverhampton Wanderers and Preston North End and has also worked at Leeds United and has also worked internationally with Busan Icons in South Korea.

Register for the webinar today>>