Can Aquatic Therapy Influence Cognition or Gait? Access this Webinar On-demand to Find Out 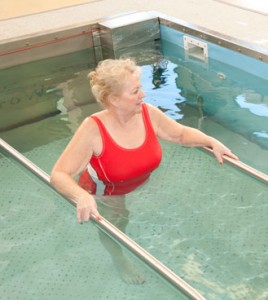 On April 22, 2015, the ICAA hosted a webinar titled, “Influence of an Aquatic Environment on Cognition and Gait.” In this webinar, Dr. Eadric Bressel, Professor and Clinical Research Scientist in the Sports Medicine Program and Dr. Dennis Dolny, Department Head of Health, Physical Education & Recreation in the College of Education & Human Services at Utah State University in Logan, UT discussed two different research studies where they have seen an impressive impact from an aquatic environment on cognition and from an underwater treadmill on gait.

Drs. Bressel and Dolny have performed extensive research on aquatic therapy and underwater treadmill training. Through the years, they have identified some remarkable findings on aquatic therapy regarding subjects such as osteoarthritis, balance, metabolic cost and lactate threshold.

In the webinar, they reviewed two different studies done on aquatic therapy:

They did a great job describing their methods and processes in this webinar while providing clear and concise data. To learn more about these research studies, view the webinar on-demand – only available until Friday, May 1, 2015!