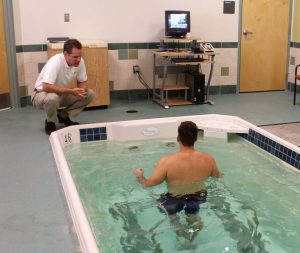 The fresh nip in the air tells us that baseball’s post season is coming to a close, along with the excitement and thrill that accompanies October’s best sports setting. The 2017 playoffs came with the traditional excitement and thrill. Now we watch as LA battles Houston on October’s biggest stage. We acknowledge our many clients for their hard-fought season and congratulate the Dodgers and Astros.

Through the years, we’ve discussed at length with these fierce competitors why their franchises invested in HydroWorx systems and how they use their pools to develop their teams. Below is a shortlist of their favorite uses of the HydroWorx pool:

Soon we’ll know who comes out on top of this year’s Pennant battles and ultimately who prevails as the 2017 Champions. Until then, let’s acknowledge the forward-thinking and hard-working athletic trainers, surgeons and therapists who, with aqua therapy, keep players healthier and get them back to the field sooner.

If you missed our recent webinar, “The Hydrotherapy Toolkit: An Equipment Guide to Elevate Rehab,” you can view it on-demand here>>