Texas Christian University, founded in 1873 and home to almost 10,000 students, is located in Fort Worth, TX. The TCU Horned Frogs officially became a member of the Big 12 in 2012 and is one of just 10 football programs nationally to reach a bowl game in 14 of the last 15 seasons. The new athletic training room that opened in the south end of the Amon G. Carter Stadium in 2012 saw some exciting new improvements, including the 3500 Series pool along with a PolarPlunge and ThermalPlunge pool. Combined with a pristine setting, these pools give TCU an impressive hydrotherapy room for their athletes.

The HydroWorx pools have become the most widely used modality in our facility. With the dual treadmills and additional workout space we can perform therapy on multiple athletes at different levels of rehab at one time.
The plunge pools are also a critical tool in our daily treatment plans. This combination of elite pools from HydroWorx allows our staff to provide our athletes with the gold standard of hydrotherapy. 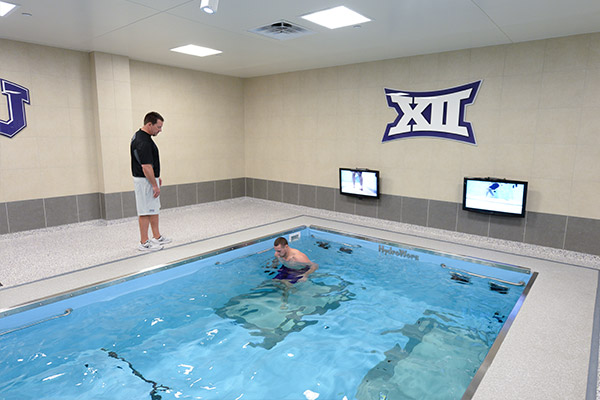 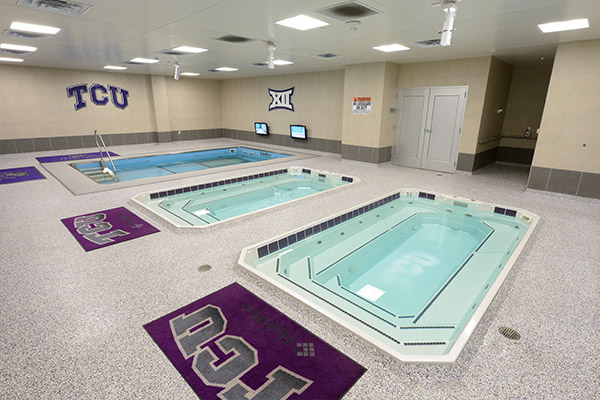 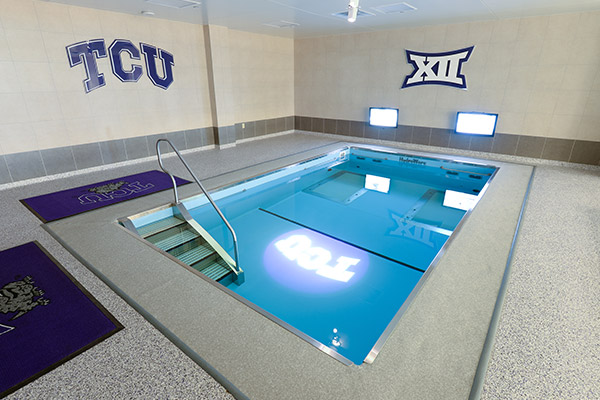 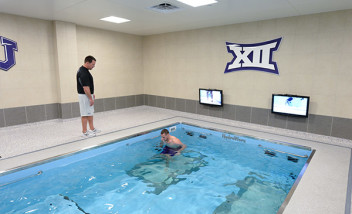 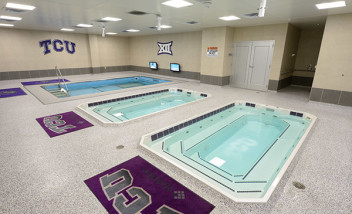 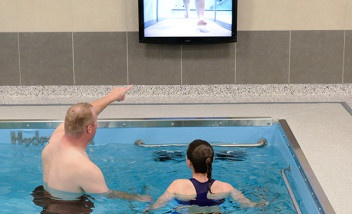 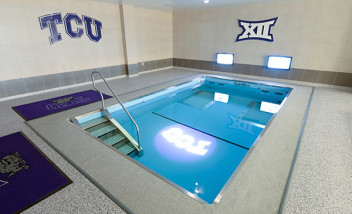