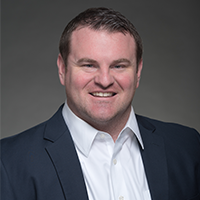 Prior to HydroWorx, Chase was a Combat Arms Officer in the United States Army for six years and completed three combat deployments to Iraq and Afghanistan. Chase is a graduate of the United States Army’s Ranger School, Pathfinder School, Airborne School and Air Assault School. His awards and decorations are highlighted by the Bronze Star Medal and Army Commendation Medal (x4). Chase was recognized multiple times for leadership excellence to include the Draper Armor Leadership Award.

Chase earned his Bachelor of Arts from Bowling Green State University and his Master’s of Business Administration from Temple University where he was recognized with the Dean’s Certificate of Excellence for academic performance.