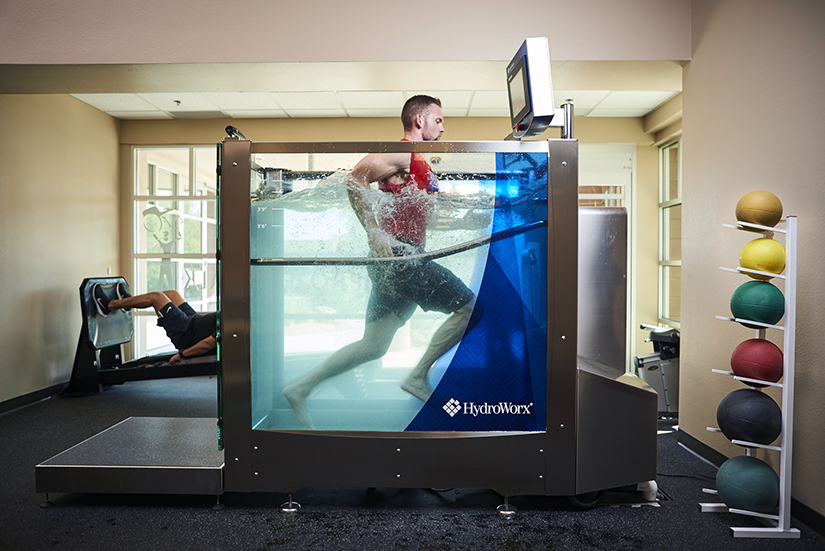 As with many sports, aquatic therapy and its prowess as a game-changing modality has influenced world-class track & field athletes. Underwater treadmill training is trusted across running circles from professional running teams, such as the Oregon Project, to college track and field teams, like Liberty University, to recreational runners needing a low-impact alternative to high […]

HydroWorx was honored to have a number of elite athletes, who have used our products for training, rehabilitation and recovery, represent their respective countries in Rio. We proudly cheered them on in early August and continue to do so as they compete elsewhere. In case you missed the live events, here is a recap of how […]

The Impact of Aquatics on Distance Running Webinar On-Demand

Last month, we hosted a webinar titled, “The Impact of Aquatics on Distance Running.” In this webinar, Pete Julian, Assistant Coach of the Oregon Project Running Team, presented the various ways that he and the coaching staff use water in their athletes’ regular training programs. The Oregon Project was created as a way to get Americans back on […]

Running underwater has many positive effects: it reduces the risk of injury from increased training, improves cardiovascular performance, and helps the body to recover from hard training. Another, often overlooked, side effect of underwater training is increased muscle strength. A study at Texas A&M University has shown that resistance training plus aquatic treadmill training can […]

An Exciting Track and Field Weekend Coming Up

If you follow track and field at all, you know the upcoming IAAF World Championships  starting tomorrow are the next best thing to the Olympics.  And we’re plenty excited to see how Mo Farah, Galen Rupp and the rest of the Oregon Project team do in their races. BUT we, at HydroWorx, are equally excited […]

Why Water Worx for Elite Runners and Athletes

We know that water is extremely beneficial for rehabilitation, pain management, conditioning while injured, etc.  These uses get the majority of the attention, for good reason: they give us all hope, encouragement and excitement as we see visible improvements in people’s lives. But, it is also important to note, and no less amazing, what water […]

With the Big Games approaching, excitement for the runners and all the athletes continues to grow. As previously announced, a few weeks ago we had news reporter, Lori Burkholder, from WGAL, in the HydroWorx office with TV cameras capturing the runners ‘secret weapon.’ With the record breaking performances by both Galen Rupp and Mo Farah, […]

Gearing up for the London Games with TV interview

What an exciting day we had in the HydroWorx office yesterday (6/20) in Middletown, PA. We had WGAL’s ‘News 8 Today’ co-anchor, Lori Burkholder here interviewing HydroWorx’s CEO, Anson Flake, as well as a local up-and-coming track star. Burkholder, excitedly discussed with Anson Flake about HydroWorx’s role in the Olympics. The underwater treadmill was featured […]

With just 46 days left until the 2012 London Summer Olympics, the opportunity to become Olympic medalists for Mo Farah and Galen Rupp has become very real. The training is far from over, if anything it  has quite possibly increased considering the proximity of the Olympics and the goals both runners have set. Rupp and […]